Showing posts from August, 2017
Show all

Comics: How it feels like in chaturanga and inversion 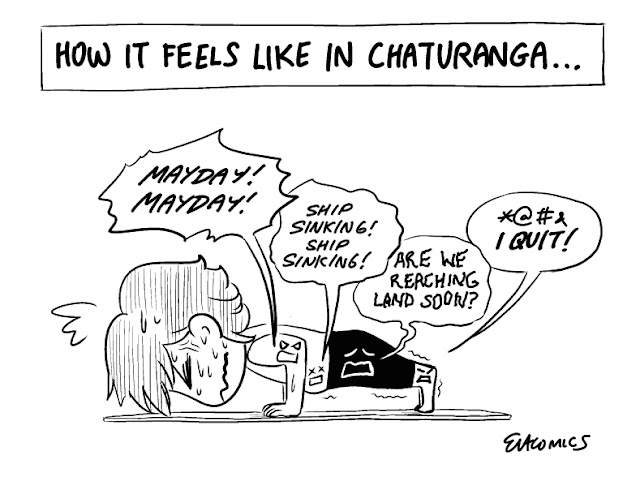 Chaturanga is a yoga pose by going into plank first, then bend your elbows while keeping it close to the body... nothing else touches the ground except for hands and toes... hold there for a few breaths, ouch... I have a pear shape body so I have difficulty doing arm balances because of my heavy bottom and narrow shoulders. Chaturanga is therefore difficult for me as well since it relies on the shoulder strength while keeping the belly in... well... supposedly in. On the other hand, inversions feel like I'm trying to lift a bunch of fats while I'm upside down...
Post a Comment
>>>Continue Reading... 更多 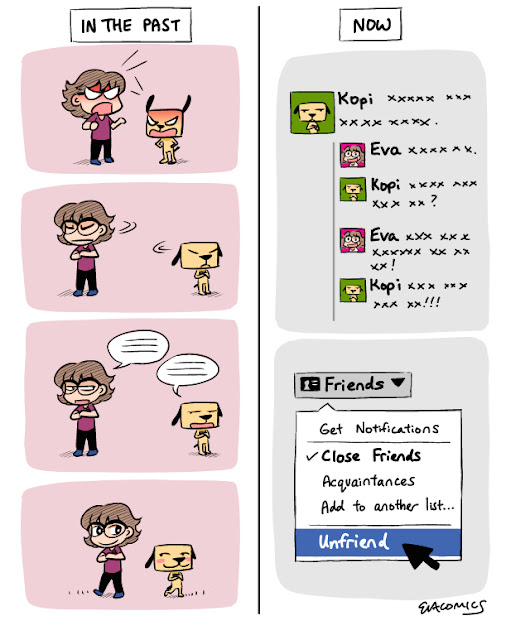 Misunderstandings occur frequently on social media and texting on apps because we cannot see the other person's reaction. However many people chose to just "unfriend" instead of clearing things up personally with a phone call or meeting in person. Social media has helped bring people closer but also further...
Post a Comment
>>>Continue Reading... 更多 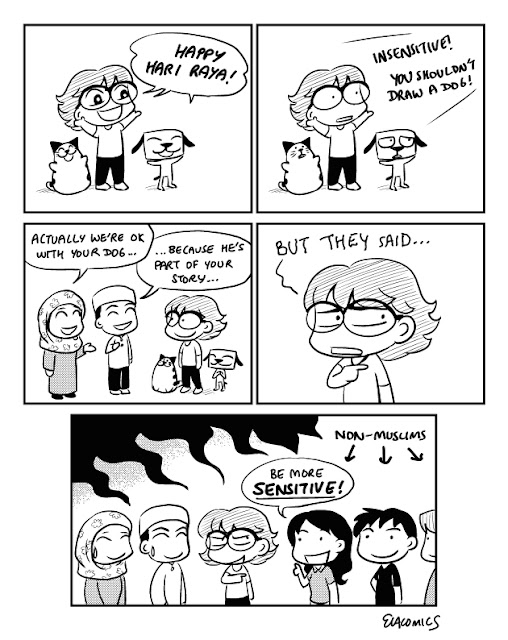 I used to do Hari Raya greeting illustrations many years ago. Initially I didn't know that dogs were sort of "forbidden" in Muslim religion because it is regarded as dirty. I was later advised by many non-Muslim friends not to put it. But on the other hand, my Muslim readers said it was alright because Kopi the dog is part of my comic series and not something I came up only for Hari Raya. In fact, after removing him from the picture, they felt quite sad because it feels as if a family member was missing. In the following year, I posted another one with me, Kopi and Matcha, wishing all Muslim fans Happy Hari Raya. But again, I was accused by non-Muslim readers as being insensitive and they told me to remove Kopi. I had to reply and explain that I checked with my Muslim friends and fans that it was ok... :( So although I greatly appreciate advises, but sometimes we may assume too much. Because I was always accused of being insensitive and need to explain every single time
Post a Comment
>>>Continue Reading... 更多 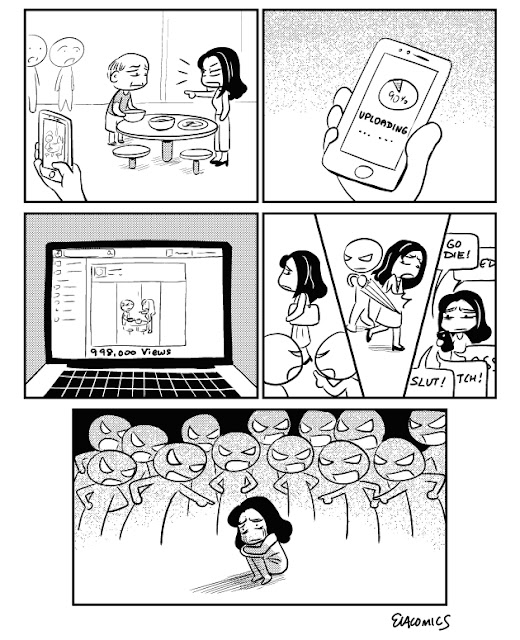 The modern day witch-hunt takes on a one-sided story based on a video uploaded on social media. It sets everybody (or whomever has too much spare time in their hands) to hunt down the "witch" and persecute her. Sometimes the wrong person is caught, and sometimes the correct one. But do we go too far and become a witch ourselves too?
1 comment
>>>Continue Reading... 更多 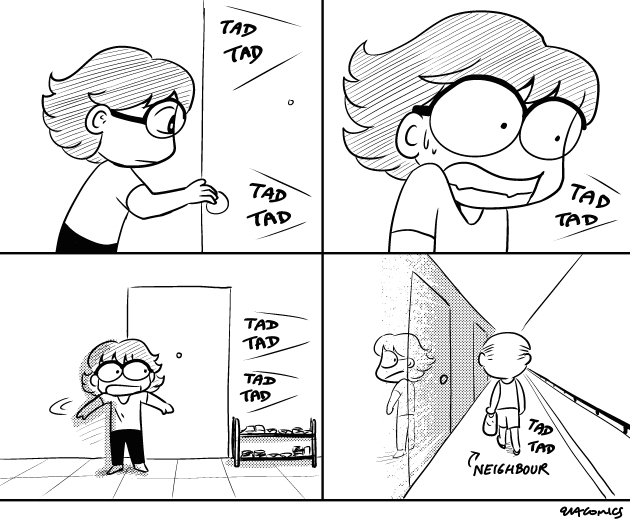 Not sure if it happens to other people too when you don't feel like talking to that particular neighbour...
Post a Comment
>>>Continue Reading... 更多
More posts